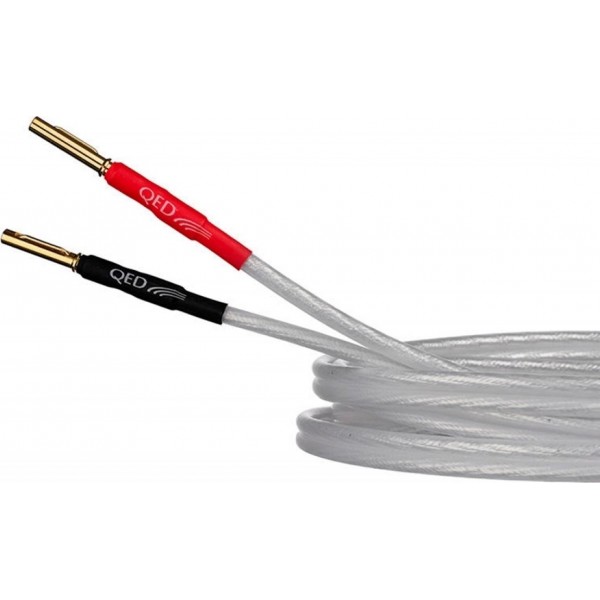 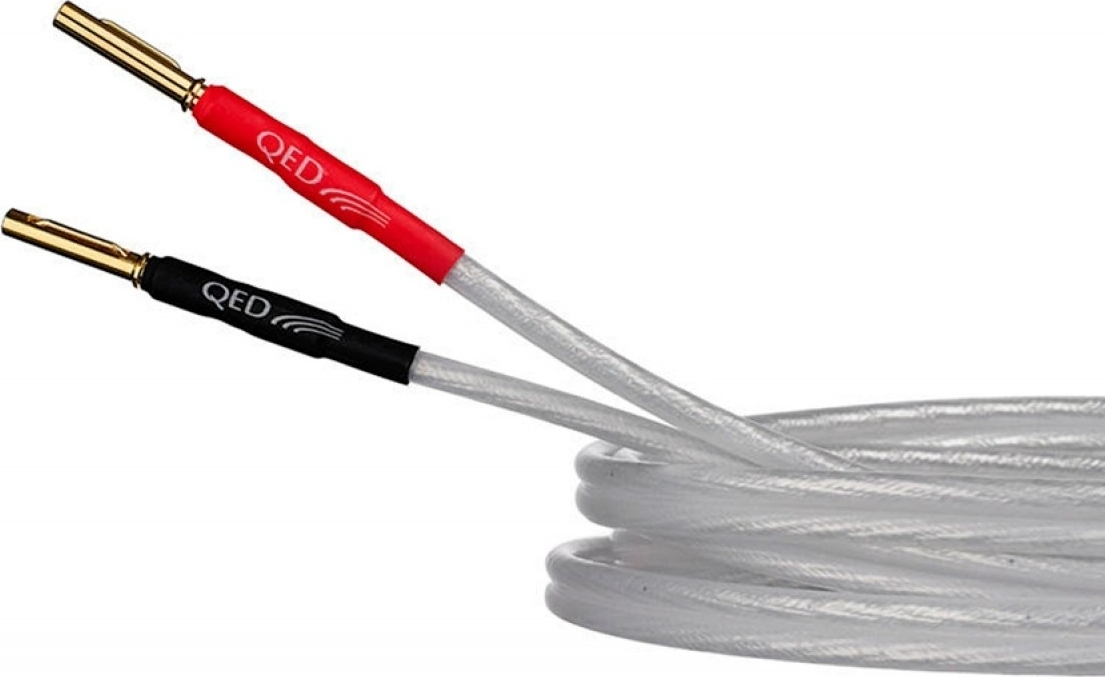 The QED speaker cable story began in 1973, with the launch of the world's first specialist speaker cables, QED 42 and 79 strand, now household names in the audio industry. Building on this longstanding British speaker cable heritage, QED embarked on an exhaustive research program into cable parameters which began in 1995 and continues into 2017 with the release of “The Sound of Science”, a 40 page White Paper distilling the research published since 1973 by QED.

These reports set out the “top down” design-principles that have resulted most recently in the development of QED XT25 loudspeaker cable – the new class leading standard in budget to mid-range speaker cables.

What are the features which make this cable so special?

X-Tube™ technology first came to prominence in 2005 with the launch of the world renowned Silver Anniversary XT, the most highly regarded mid-range cable in the world, winning the What Hi-Fi Product of the Year three years in a row. These design principles also grace the multiple award winning XT40 speaker cable and XT25.

As frequency increases, electrons flow more and more towards the periphery of a conductor so that if the frequency is high enough only a very thin layer (or skin) on the outside of the conductor is used. This “skin depth” varies for different materials at a fixed frequency and in copper it means that if a conductor has larger than 0.66 mm² cross-sectional area not all of that area is available for an analogue music signal to use. In SAXT the “skin effect” problem was effectively eliminated by the use of X-Tube™ Technology which works by placing all of the conducting material around a central hollow insulating rod. However, for a.c. signals, changing magnetic fields generated by the flow of current set up eddy currents in nearby conductors which force current to flow only in areas furthest away from conductors carrying current in the same direction and vice versa. 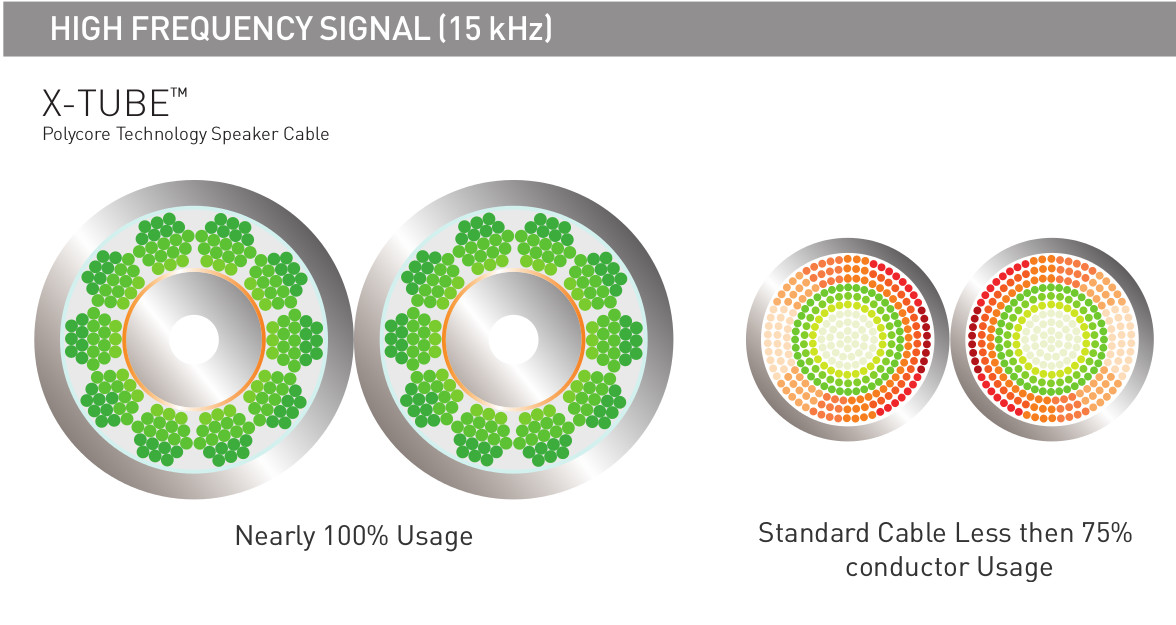 This “proximity effect” has a detrimental influence on current distribution in a speaker cable even if it utilises X-Tube™ Technology. With XT25 we tackle the proximity effect and the skin effect by combining our existing Aircore™ and X-Tube™ Technologies into a new X-Tube™ variation. By forming the conductors into a tube-like shape with a hollow centre, current densities at higher frequencies are maintained because the electric field which contributes towards the skin effect acts towards the centre of the conductor from where the conductive material has been removed. At the same time instead of using a braided structure a ring of conductors is formed into separate bundles with only a loose electrical association which are then twisted into a 90 mm lay so that no single conductor bundle remains on the inside or outside of the cable (and therefore prey to the proximity effect) for long enough for it to become an audible problem. This geometry promotes a more consistent signal distribution making for a more accurate musical reproduction.

At QED we recognise that low d.c. resistance of the loudspeaker cable is of paramount importance for high-fidelity signal transfer. This is because the speaker presents a frequency dependent load to the amplifier of which the cable forms a variable proportion. If resistance is allowed to be too large then audible changes to the frequency response characteristics of the loudspeaker will be introduced which cannot be corrected for by the amplifier’s negative feedback loop. In order to provide a marked improvement over similarly priced cables in both our own and our competitors’ ranges without increasing the overall size and flexibility of the cable substantially, the cross-sectional area (CSA) of XT25 has been enlarged to 2.5mm2 of 99.999% oxygen-free copper. This instantly gives the new cable a low d.c. resistance and therefore a more accurate musical delivery.

It is not generally appreciated that the electrical signals moving at or near the speed of light in a wire do so via the medium of electromagnetic (EM) waveforms which exist within the dielectric which surrounds the conductors as well as within the conductors themselves. The movement of electrons along the conductor merely facilitates generation of the EM waveform as their “drift velocity” is only a few centimetres per second. It is therefore important to ensure that the dielectric material used to insulate and protect the central conductors of the speaker cable is of a type which “permits” the establishment of EM waveforms without appreciable loss. Dielectric losses are directly proportional to the “permittivity” of the material used and as this a measure of each material relative to that in a vacuum it should be as close to unity as possible. Like its predecessors, XT25 uses a specially formulated low-density polyethylene (LDPE) dielectric which at 1.69 has the lowest relative permittivity practically available.

QED research has shown that low capacitance cables are generally preferred in listening tests over high capacitance counterparts and this is usually because low-loss dielectrics have been utilised. The use of LDPE and careful control of conductor spacing results in a cable with a very low capacitance per meter and a dissipation factor (loss tangent) of 0.0001 at 10 kHz.

What is the result of all these techniques?

The graph below shows how the dc resistance of XT25 remains effectively unchanged across the entire audible frequency band when compared to a conventional cable of the same cross-sectional area. Combined with the sonic advantages of a low loss dielectric the improvements in current distribution place the new cable in a class well above cables with a less sophisticated geometry. 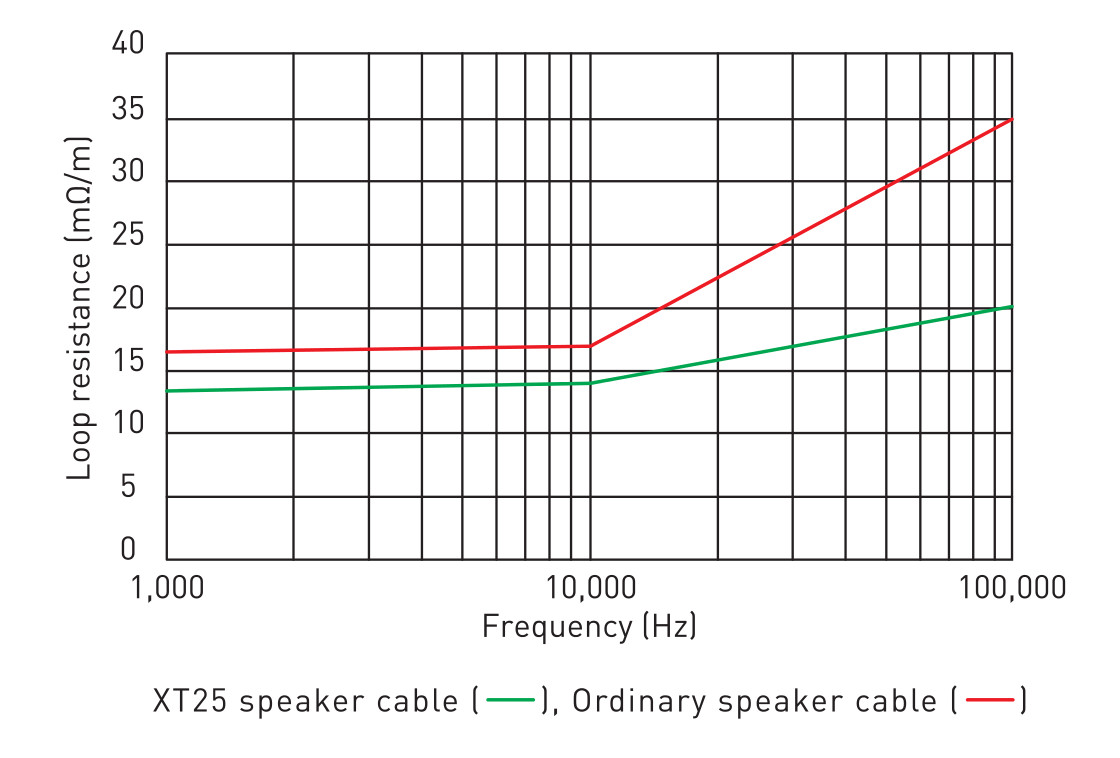 So, unless you invest in XT25 with QED X-Tube™ technology you can be losing a lot of the performance of your expensive loudspeakers.

All QED cables are designed using the top down principle. XT25 represents the core musical performance trickled down from our money-no-object Supremus cable in a more affordable package. QED has won more What Hi-fi? Awards than any other single brand and with XT25 this heritage is delivered at a sensible price. Unlike most other manufacturers, QED offer an unlimited lifetime guarantee which means that if your cable ever fails to deliver to its full potential during its lifetime we will replace it free of charge.

In loudspeaker cables high pitched sounds are forced to travel towards the outside of the conductor and so are able to use less and less of the available cross-sectional area as the pitch increases. This is called the “Skin Effect”. It means that for high frequencies the resistance of the cable appears to be much higher than it does for lower pitched sounds. Eddy currents in one conductor can affect the current flowing in an adjacent conductor so that currents flowing in the same direction move away from each other. This “Proximity Effect” also increases resistance as frequency increases. These phenomena have a detrimental effect on the fidelity of the sound you hear. The XT25 variation of QED X-Tu Insulation LDPE jacket with 100% coverage of Aluminium Mylar tape wrap Plugs and spades QED Airloc™ Forte banana plugsbe™ Technology solves these problems by creating a hollow tubular conductor geometry out of individual conductor bunches through which each frequency can pass with equal ease when compared to traditional solid or stranded conductors.

Music signals in a loudspeaker cable move back and forth many times every second. The insulating material used to separate the send and return conductors from each other (the dielectric) has to be charged and discharged every time. Not all of the energy stored in the dielectric during each charge cycle is completely returned during each discharge cycle which has a detrimental effect on the fidelity of the sound you hear. That’s why at QED we use low-loss dielectric materials such as Polyethylene (PE) or Teflon™ (PTFE) in preference to cheaper PVC alternatives found in inferior unbranded cables.

Speaker cables need to have a large current carrying capacity. If the electrical resistance of the cable is too large, part of the music signal will be lost, causing a detrimental effect on the fidelity of the sound you hear. To stop this from happening we make the resistance of our speaker cables as small as possible. We do this by using the largest practical cross-sectional area of copper within the size constraints of each cable. In order to squeeze the last drop of performance from the conductors we make sure that there are no impurities in the copper which would defeat the object of making them so large. That’s why we use 99.999% oxygen-free copper exclusively.

Unique proprietary technology and trademarked geometries plus our award winning heritage all combine to create audible sonic improvements when compared to other loudspeaker cables.

Ask your dealer for an audition – he will be happy to let you hear the difference.